But what is cider? AND above all, what is the craft cider? 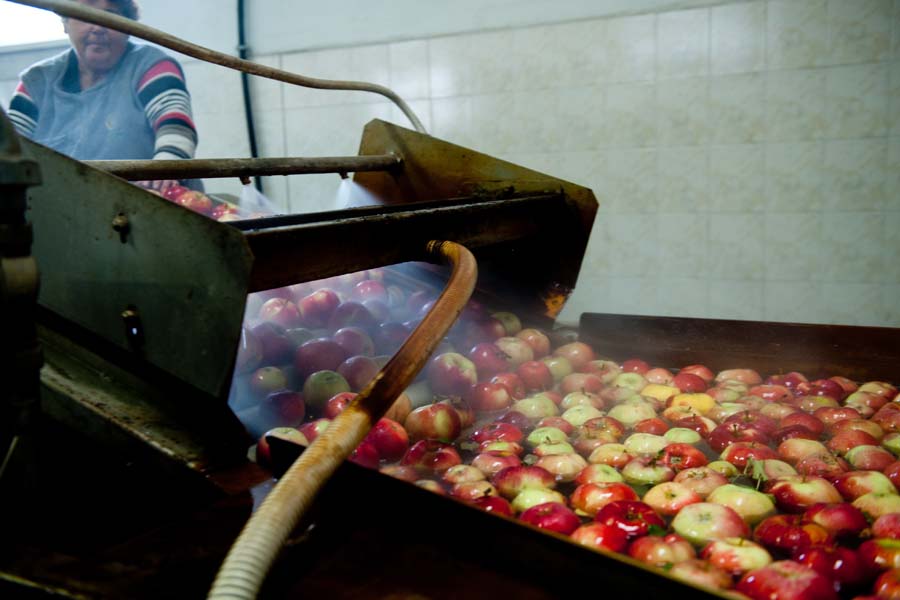 Most people still have the misconception that cider is some kind of apple beer. Then there are some who may suspect that cider is not beer, but they can only identify it with drinks available in supermarkets consisting of a mixture of sugar, water, juice concentrates and flavorings. Commercially mass produced product.

OUR Mission is, among other things, to dispel this idea and show what real cider is.

So…
According to the official definition, cider is an alcoholic beverage produced by fermenting apple juice. The keyword in this sentence is ‘fermentation’ which tells you that cider is not brewed but fermented. Therefore the applied technology is closer to making wine than to making beer.
Another important element is ‘apple juice’. Cider is basically made from apple, so when we talk about this drink, there is no need to emphasize it as an apple cider, because it would be like saying that it is a vine wine ☺
For this reason above, it is very important what raw material you use, healthy and carefully selected apples are very important for a good cider.
I.e. you don’t make good wine or good palinka from half-rotten, randomly mixed fruits.

In France and England, where cider is very common, they use special apples varieties which, unlike edible apples, usually have thicker peel, are more sour, and somewhat bitter, so bitter that one bite and they are sure to be thrown away. Since there are no cider apple plantations in Hungary at this moment of time (that we know of yet) – you have to make sure using the right apple variety. Generally, cider is not made from one variety, but from a variety of sources to deliver the correct sugar-acidity content.

So, the cider gained its present form in the Normandy regions and became a popular drink among the northern French and South English people. Originally, besides the effect of the mood enhancer, of course, as in the Middle Ages, cider as other alcoholic beverages was often drank instead of the infected water, thus defending against the epidemics. Cider is also very popular in Spain, and the Germans and the Austrians have their own versions. Of course, thanks to the British, it is very common in the United States as well.
After the apples are milled, the juice is extracted from a special cider press.
The apple juice then ferments in containers. It can be left as it is for spontaneous fermentation, but if you strive for a more unified quality and consistency, it would be necessary to halt natural fermentation and add your own yeast.

During and after fermentation, the cider is racked several times until the point it is ready for drinking.

Quality cider takes time, and during this the flavor profile naturally develops.
Yes it will be more expensive than the industrial ones mass produced, because true craft cider can be only done once, when the apples are there. Also you have to pay close attention to every process, because if something goes wrong, you can’t start the procedure again.
That’s why, just as with wines, it would be possible to mark the year here as well, because depending on the quality of apple production – dry or rainy weather, etc. – craft cider cannot always taste the very same, it always changes a little, but it’s just that good.
Of course, what we have just described here is just a basic procedure, there are also various other ways to make a cider, for example sparkling method, ice cider, keeving, etc.

It should be obvious that craft cider is made exclusively of freshly pressed apple juice made without adding flavor enhancers, artificial aromas, sugar or water. Of course, the flavored cider contains a small of other fruits, but the base is always the apple juice.
You can also make a drink made from pear, by the same process, but it is not called cider but perry.
And yeah, craft cider is completely gluten-free and vegan, and full of all kinds of healthy stuff that comes from the apple – antioxidants, flavonoids – so anyone can drink it!

A legjobb felhasználói élmény érdekében az oldalon cookie-kat (sütiket) használunk. We use cookies to ensure that we give you the best experience on our website. Rendben / OkayAdatkezelési tájékoztató

Az oldalt csak 18 év felettiek látogathatják. / Only people over 18 are allowed to visit our page.